Revolving around the dynamic relationship between a local, marginal cultural space and a global, central one, "universal literature" consists of all national literatures. In his 1993 "Culture and Imperialism", Edward Said rethinks the notion of comparativism starting from then new postcolonial theories and the new interferences within the "world system". The reconfiguration of these interrelations determines new interpretations of the notion of (cultural) identity, thus shaping new mutations of the concept of “comparative literature”. In 2012, Gayatri Spivak reevaluates the opposition of identifying the other as being another, referring to it in terms of inclusion, not comparison. Such a reassessment ultimately erases the old hierarchical relationships between different cultures and literatures. In What is World Literatures? (2003), David Damrosch sheds light on the new tendencies of interpreting comparative literature in a postcolonial context. The integration in World Literature of marginal or indigenous literatures does not only involve a process of decanonization of an elitist literary tradition, perpetuated by literary history, but rather a reassessment of the way the distinct literatures circulate and interact. Damrosch integrates the term “world literature” in contemporary critical vocabulary. His thesis insists on the fact that comparative literature, in an era of globalization, is not an inconsistent body of works; all literary works that circulate beyond their own cultural space through translations compose the mechanism of the world literary system. In addition, according to Pascale Casanova’s 1999 The World Republic of Letters, the birth of this concept is conditioned by the evaluation of literary works starting from their commercial character and from the means of production of literature, outlining an unequal space, articulated around rivalries, and where only the literary capital of a nation can legitimize a sphere of influence. Said, Spivak or Homi Bhabha deconstruct the ideological and conceptual mechanisms of identity, proposing a new principle for the functioning of global interference, such as the figures of the exile, migrant or marginal, who will be the basis of the new concept set to replace the term “world literature,” namely “multilingual literature.”

The concept proposed by Jane Hiddleston and Wen-chin Ouyang, multilingual literature, represents the approach from another perspective of the idea of universalism in literature, thus trying to replace the concept of world literature. In spite of being based on certain preliminary studies, such as Shades of the Planet: American Literature as World Literature (Wai Chee Dimock), Beyond the Mother Tongue: The Postmonolingual Condition (Yasemin Yildiz) or David Gramling’s The Invention of Monolingualism, the present volume offers a new hermeneutic approach. It is the first to outline the idea that multilingualism in literature is a principle with its own internal structure and its own generative mechanism, combining different analyses of linguistic plurality in literature “across a range of contexts to provide a conceptual overview of the place and function of such plurality in literary works from different parts of the world and divergent linguistic systems within the framework of world literature” (5).

The texts that make up this volume are not concerned with the already clichéd tradition of the relationship between a national language and how it comes to enter the global connectivity network. Rather, they aim to analyze how the mixture of several languages in a single text becomes a hybridization between the idea of globality and the dynamic way in which languagesinterfere in this space. The authors of the volume start from the hypothesis that the study of the concept of world literature should focus on literatures written in several languages, thus not perpetuating the hegemony of English or any other monolingual literatures that narrow the area of influence through translations and reduce the circularity of works in world literature. The authors further highlight the worldly character of the linguistic and cultural particularity of each work in this interactive system of mutual influence. Having a symmetrical structure consisting of four parts, which in turn consist of four studies, the volume addresses the issue of multilingualism from the perspective of four major topics.

The opening section, titled Multilingualism and modes of reading, authored by Jane Hiddleston, Shuangyi Li, Khalid Lyamlahy, and Claire Gallien, aims to shed light on the relationship between the different configurations of multilingualism in a literary text and the way of reading it. This section seems to revolve around Jane Hiddleston's text, “Writing in the presence of the world's languages: Language, literature and world in Edouard Glissant's late theoretical works.” In this study, Hiddleston resumes Glissant's 1997 theory of the writing process as being determined by the presence of several linguistic systems in order to demonstrate how the stylistics of a work develops aesthetically beyond the imaginary boundaries of their own linguistic framework. Thus, in that literary work, several interfering linguistic systems are creatively mixed. Shuangyi Li, for example, in “(Sino) graphs in Franco (n) texts: The multilingual and the multimodal in Franco-Chinese,” semiotically analyzes the playful way in which Francois Cheng 程 抱 and Shan Sa 山 飒 combine different phrases or cultural contexts in their literary works. The mechanism behind this type of cultural bricoleur involves combining an aesthetic vision of classical Chinese calligraphy and painting with the aesthetic precepts perpetuated by the French literary tradition. He posits that this type of approach represents a high degree of stylistic flexibility and cultural transgression. Thus, works such as Cheng's and Shan's are constantly expanding and testing cultural boundaries, "but also rapprochent (bring closer together) respective linguistic systems while embracing a rich semiotic approach to world literature that is conventionally bound by its textual medium and circulation” (28).

The second part, “A multilingual ecology of world literature and modes of circulation,” proposes a hermeneutic approach that places the discourse of plurilingual literatures in an ecosystem of world literature, articulating a perspective in which politics and ethics hybridize their dialogue, while interfering in the structure of the literary work. The texts study how the ethical and political dimension contribute to the semantics of the multilingual literary work according to different geographical or temporal dimensions. The emphasis is on "local space" as a system of integration of global concerns into the ecosystem as the norm and standard of diversity.

Laura Lonsdale associates multilingualism with the idea of ​​biodiversity in contemporary Iberian poetry, focusing on the lyrics of Manuel Rivas, a journalist and environmental activist. In A Disappearance of Snow [A disparicion da neve], Rivas's poem is determined by a well-structured ideological discourse, representing ”an ecological protest against the destruction of planet” (93). Ecological debate is not a simple metaphor or a stylistic artifice for a more complex structure. Instead, this type of ideology has become increasingly relevant in recent years, being applicable in "everything from business and politics to world literature” (93). Therefore, the ecological character is not only the pretext of articulating a scheme of complex interactions, it also "lies tantalizingly close to important ethical issues", quickly becoming enmeshed with philosophical, political and even poetic concerns" (93).

However, the idea around which the theme of this section revolves is that of malström. Keya Anjara, Carlos F. Grigsby and Dominuque Jullien articulate how the notion of multilingual malström is, on one hand, a form of resistance to a politically imposed type of national monolingualism, and on the other hand, a form of resistance and ideational compensation of the Holocaust trauma. For example, the intuition of Jullien's text, “Multilingual Maelstrom: Primo Levi's Re-reading Canto of Ulysses”, is that multilingual humanism can provide a compensatory space for the trauma of the character in Primo Levi's novel. The Italian lesson and the attempt to translate excerpts from La Divina Commedia represent the effort through which humanism acts as a counterpoint to the jargon of the camp and its dominant language, German. In this context, the axiological character and the universalism of the Italian language assumes a soteriological dimension.

The third section, “Multilingual comparative reading: Beyond translation and untranslatability,” articulates the current perspectives on the circulation of literary works within the world literature system, thus reframing the concepts of translation and untranslatability. Nora Parr in “Ghetto, Nakba, Holocaust: New terms (of relationship) in Elias Khoury’s Awlād al-Ghītū” continues the perspective on trauma articulated in the previous section by Dominique Jullien. Parr treats the issue of multilingualism from a perspective in which the meaning of the concepts of “trauma” and “ghetto” imply certain translational limitations in the context of the literary Weltmarkt. Through this study, the author points out the certain limitations of the way literary works circulate in world literature. Therefore, it is precisely these limitations that suppose a multi-perspective approach to the concepts in question, to some extent reminiscent of Paul Ricoeur's view of translation as an a priori construct that facilitates the relationship between idem identity and ipse identity. The flexibility of words, which transgress languages, cultural-political contexts or historical ages, implies a praxis that encompasses several realities and narrative identities. Khoury's novel articulates the collective trauma of the Palestinians, changing the metric on the term "ghetto." Ghītū represents “a concept and a set of relationships that emerges when world literature and world experiences move outside of the policing norms of discursive systems” (180).

In the last part of the study, “Multilingual poetics of world literature,
the authors Yasser Elhariry, Rachael Gilmour, Christopher Monier, and Wen-chin Ouyang examine how the instances of poetic creativity are articulated within the multilingual system. Concluding the volume, Wen-chin Ouyang's study is also a synthesis of the configurations of multilingualism articulated in the previous chapters. If for Elhariry the poetics of this plurilingualism is realized within the playful interference in which words and sounds are combined in a poem, for Ouyang the place of multilingualism in the issue of world literature is not due to the creative subject of the work, but rather represents a mechanism that is inherent to the internal structure of each language. The critic continues and at the same time extrapolates the vision of Robert McCrum, William Cran or Robert McNeil on the English language understood as a “mixed blood” structure.

Multilingual literatures are considered universal literatures because in their substratum they resist the restriction of linguistic, national or cultural boundaries. More precisely, these literatures are outlined in the dynamic juxtaposition and continuous reassessment of the relationship between several national traditions and linguistic systems within the same work. This character of belonging to the world can be perceived, according to the authors of this volume, as a demonstration of the resistance of national languages to the mechanisms of acculturation. In The World, the text, and the critic (1984), a work quoted by the coordinators of the volume, Edward Said argues that "worldliness" is the effect of associating the text with a place and a community. He considers “the text’s status as an event having sensuous particularity as well as historical contingency,” which is in turn "an infrangible part of its capacity for conveying and producing meaning” (2). Therefore, both the text and the hermeneutic process undertaken by the critic are “wordly,” assuming that the interest for the particular or contingent character implies also the refusal to assume a hierarchy between cultures or languages.

Taken together, these texts articulate the hypothesis that multilingualism circulates in literary works, combining several aesthetic traditions, linguistic systems, or cultural contexts. This goes beyond the vision that has been perpetuated since Goethe, which proposed that literatures, with an emphasis on Western culture, have a national character and mainly interfere with the exchange of literary ideas through being translated into a Weltmarkt. Such a dialogue between cultures, as well as an understanding of the world as a diverse ecosystem that encompasses all cultures and all language systems, is assumed by the authors of this volume to acquire an activist role. 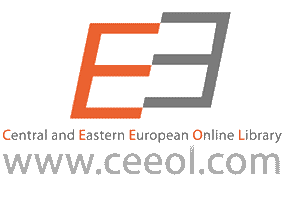 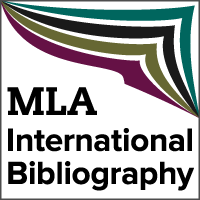